Are you one to think that sleep is overrated? Do you wish you could spend less time laying dormant and more time being alive and living life?

While most of us love to get a good six to eight hours of snooze time every night, others are looking into ways to escape the natural rhythm of sleep/wake cycles (circadian rhythm), breaking sleep into several chunks throughout the day. Less time in bed means more time being active. Having fun, working, whatever floats your boat.

New fads and trends come and go. New sleep trends like polyphasic and biphasic sleep, for example, have gained popularity in the last few years. The concept is not entirely new but is quickly catching the attention of some groups like silicon valley workers, gamers, and creatives. They believe that these sleep practices can boost creativity and productivity.

It is rumored that Leonardo da Vinci’s sleep schedule included 20-minute naps every four hours and that inventor Nikola Tesla never slept for more than two hours a day. These two impressive geniuses accomplished quite a lot during their respective lifetimes. Were these two great minds of the past on to something? We have to wonder.

Curious? Feel like giving polyphasic sleep a try? Read on to find out more about it and determine if it’s a good fit for your lifestyle or not.

What is Polyphasic Sleep?

Most of us practice monophasic sleep, meaning that we get all of our sleep in one chunk of time. We all look forward to plumping our sleepy heads down at the end of the day for a much-needed full night of sleep. Life is hectic, and we all know that sleep is necessary to reboot our systems to wake up rested and ready for our busy days.

But what if we rethink this? Is it really the best way for humans to regenerate and remain productive? Maybe not.

Some people have adopted sleep practices that are unconventional and that involve taking a series of naps spread out through a 24-hour period. It is said that it can boost creativity, increase productivity, and heightened energy levels. For some, the goal is to diminish the number of hours spent sleeping, for others it’s a means to get better sleep. The idea is to spend shorter periods asleep and spread out the amount throughout the 24-hour period instead of one long chunk in the night.

There are a few different ways to adapt to this reduced-sleep method, each with its distinctive schedule. The three that seem to be the most successful are the Everyman, Uberman, and Dual-core.

This formula seems to be the most popular and effective polyphasic sleep schedule. It consists of one larger chunk of sleep time added by several naps in between.

A few examples of these schedules include:

Uberman’s sleep is more challenging to achieve than Everyman. It consists of a series of naps with no core sleep period. Therefore, It’s a nap-only polyphasic sleep method. It usually is a series of six to eight 20-minute naps throughout the day. This brings the total sleep time to two or three hours in a 24-hour period. This significantly increases a person’s daily awake time. It’s believed that not very many people can achieve this type of sleep for extended periods of time.

Dual-core sleep consists of two core sleep times, one at dawn and one at dusk, with a series of naps in the afternoon.

A few examples of these schedules include:

DC1: Two core sleeps totaling five hours of sleep and one nap in the afternoon.

DC2: Two core sleeps that total of four hours and two naps in the day.

DC3: Two core sleeps with a total of three hours, plus three naps.

Why Do We Need Sleep?

Sleep is essential to recover and restore the body and mind. It’s like hitting the reset button every day. Circadian centric schedules like the recommended six to eight-hour sleep schedule are the most common.

The most valuable part of the cycle that provides the best regenerative features is the Rapid Eye Movement stage (REM) where you are the most relaxed and are in the dream phase. This is considered the deep sleep stage and we spend only about 30% of our total sleep time each night in this stage.

The light sleep stages don’t provide much-needed regeneration. The theory behind the polyphasic sleep method is that diminishing unnecessary stages of sleep, and keeping only the most beneficial is the way to get the best sleep possible. This means less sleep and more productive time. Where Did Polyphasic Sleep Come From?

Some believe that we were not always on a circadian centric schedule. Historians had discovered that before the Industrial Revolution, interrupted sleep was the norm in Western civilizations. They had two sleep periods that consisted of an hour awake in the night.

With the advent of electricity and modern lighting, the circadian rhythm that regulates the sleep/wake cycles shifted, and people began to sleep uninterrupted through the night.

If Babies and Animals do it, Why can’t we? Should You Try Polyphasic Sleep?

Some shift work, events like study sessions, or activities like sailing, may require a person to adhere temporarily to a non-monophasic sleep regimen. Research and experience show that it is not an easy task to get to a stage where a person doesn’t feel the lack of sleep. This may take several weeks, even months, to incorporate safely and comfortably into your life. Research has found that lack of sleep can increase your chance of health issues like diabetes and heart failure.

There is no scientific proof and no comprehensive studies that have been conducted to prove that polyphasic sleep increases productivity and creativity. On the other hand, we have the scientific knowledge to know that our sleep/wake cycles are governed by naturally producing melatonin in our bodies. Melatonin production increases as the light diminishes, getting us ready for sleep.

Some sleep specialists even mention that adopting a polyphasic sleep routine can increase the chances of developing sleep disorders like insomnia over time.

Some people still stand by it and share the benefits that it has had on their lives. There is an active Reddit group for polyphasic sleepers and a Polyphasic Sleep Community with videos to help guide you through the process if you wish to adopt this sleep method.

Ready to give it a go? Make sure you do proper research about polyphasic sleep before putting it into practice. Many have tried and failed. Spending less time sleeping, without compromising our health, and more time living does sound like a cool idea. Is Sleeping On The Floor Good For You?

Sleeping on the floor sounds pretty caveman, right? Even The Flintstones had beds. Rock beds,…

What Causes Snoring? It’s One of these 7 Things!

After a relaxing evening you find yourself tucked into bed, the silence punctuated only by… 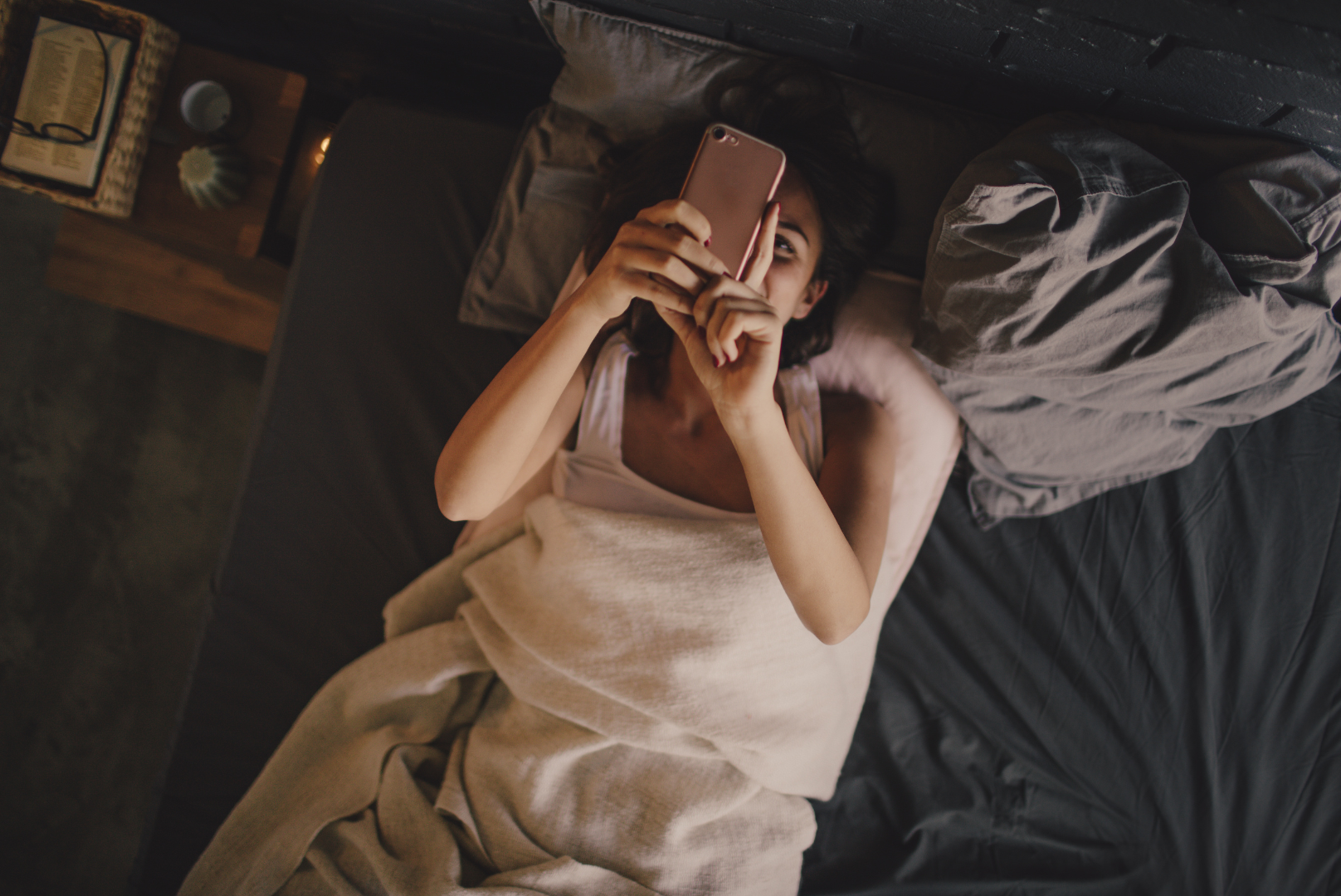 How Your Devices Can Help You Sleep Better